The Fog
I see a glimpse of something bright amidst a hazy path
Dark shadows follow close behind oppressive in their wrath
The light ahead, an untold life, a promise of delight
It’s there I go, this path unknown unfolding in the night
The fog begins to lift while it reveals a sacred mystery
And the ray of light grows stronger still to record rewritten history
That can be mine if I so choose, a life I lead, control and rule
I see a glimpse of something bright,
My life untold, and finally set aright   –Sarah Connor

Today’s post is a conglomeration of recent photos, puppies, poems, music and a new fashion style. I discovered the song featured above called “Hours” by Tycho and it makes me reflect on life with a sense of poignancy. The music has a faint melancholy echo and evokes the past in a brooding, sensual way. I feel like my entire personal memories are compressed in this one song that in turn directs my thoughts to an infinite expanse of time.

Spring is one of my favorite seasons and I welcome its freshness and beauty. Even though we haven’t seen a lot of sun this spring, I am trying to appreciate the dark, dismal and dreary days through the following photos I took one misty morning. There is an element of hope silently emerging through the fog. 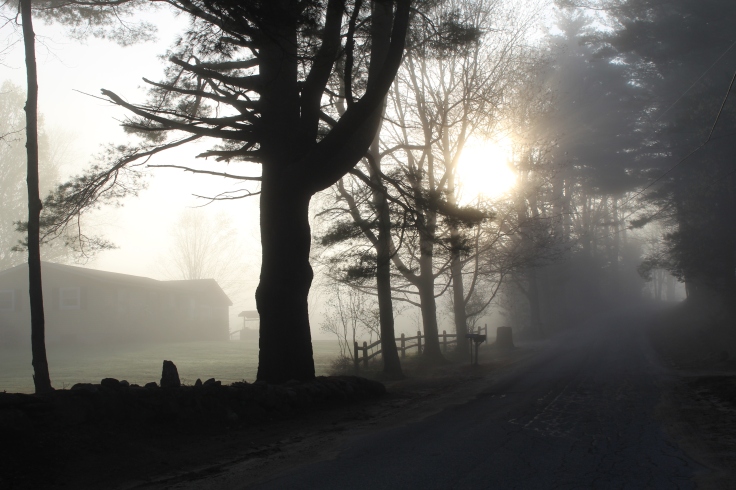 Puppy update:  Mabel is almost 20 pounds now. Here she is at 11 weeks of age and growing like a weed, and chewing on them, too (not the cannabis kind, ha!).

One of my recent new interests is the fashion of film noir, meaning dark movie in French. Film noir is defined in the dictionary as a “style or genre of cinematographic film marked by a mood of pessimism, fatalism, and menace. The term was originally applied (by a group of French critics) to American thriller or detective films made in the period 1944–54 and to the work of directors such as Orson Welles, Fritz Lang, and Billy Wilder.”

The irresistible femme fatale, French for fatal woman, is a key element in film noir. This link interestingly mentions that she is a fantasy character for BOTH men and women through her ability to compete in a man’s world; she is confident, independent and rejects the idea of family. Likewise, she is sexy, seductive and provocative in an alluring but dangerous way. (https://www.entitymag.com/history-femme-fatale-fantasy/)

Her character reminds me of the attitude that the Flappers had in the 1920’s seen in my post here The Age of the Flapper. There is a definite correlation between the age of the Flapper fashion and femme fatale fashion such as in this photo. I just love the dramatic effect of the lighting.

I absolutely love this picture below; its shadows and subtle imagery. And I have that same antique mirror and candle holder; just need to find a similar dress. 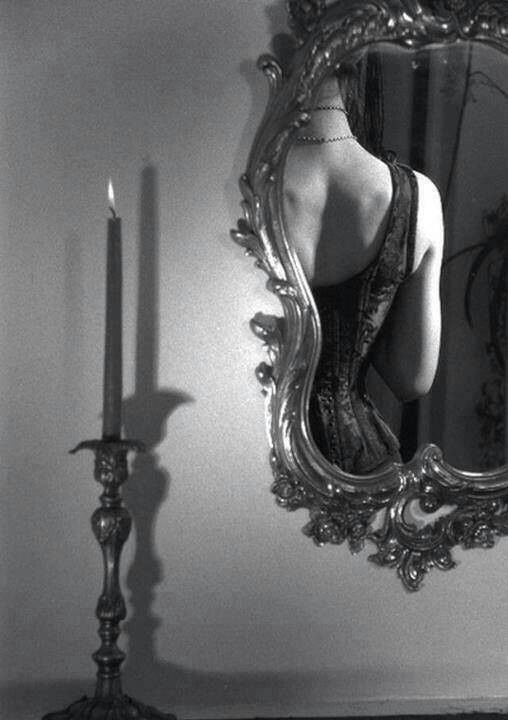 Do you recognize this woman? It’s Lauren Bacall from the 1948 film “Key Largo.” I love the graceful neckline of her dress. 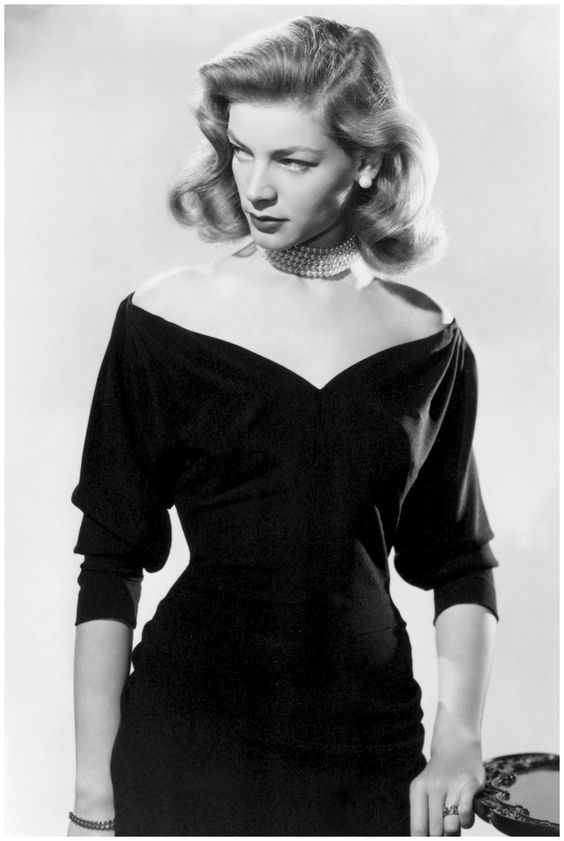 The secret to recreating this style of fashion and intrigue through photography is the ability to create dark and moody images which is something I want to explore. The pictures below are not dark but they are black and white which produces an interesting mood and effect I think. What do you think? The gloves are to hide bruises caused by my puppy, seriously true. She is in the dog house right now.

Stay tuned as I explore the fashion of the femme fatale. I don’t need sunlight for that–just a slightly darkened room with proper lighting and camera exposure causing the right shadows and contrast (and I don’t mean the kind under my eyes).

Here is Mabel at my workplace behaving like a good girl with her toy. She was warned that any bad behavior would result in her being expelled and performing endless hours of community service. That certainly scared her–look at the worry in her eyes.

The fog has lifted. Enjoy the rest of your week everyone. 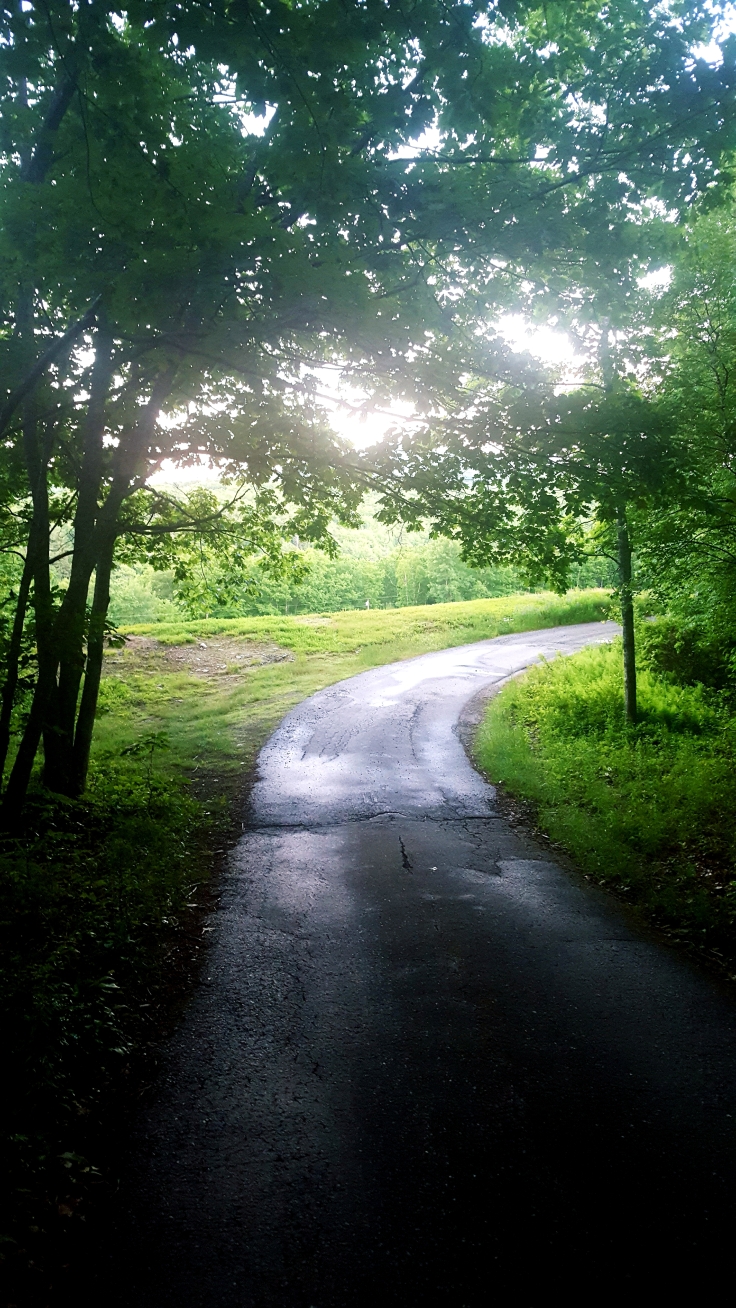 One thought on “The Fog”